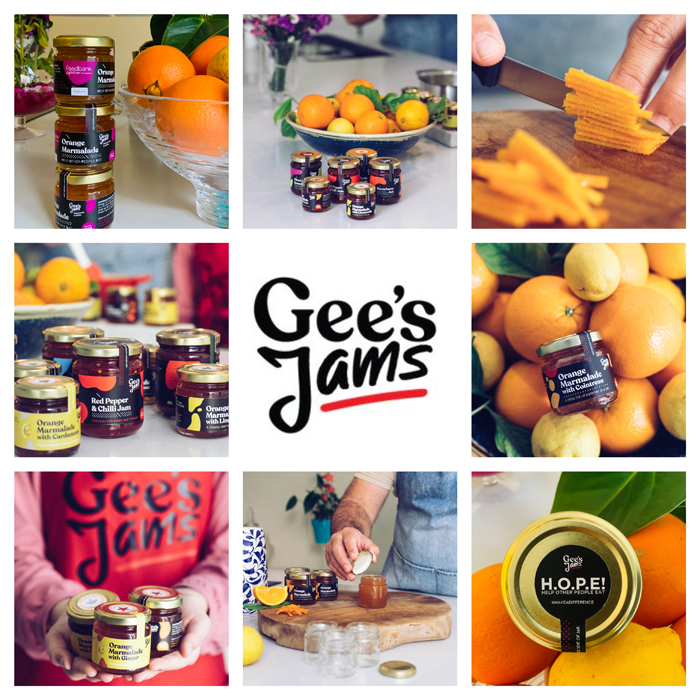 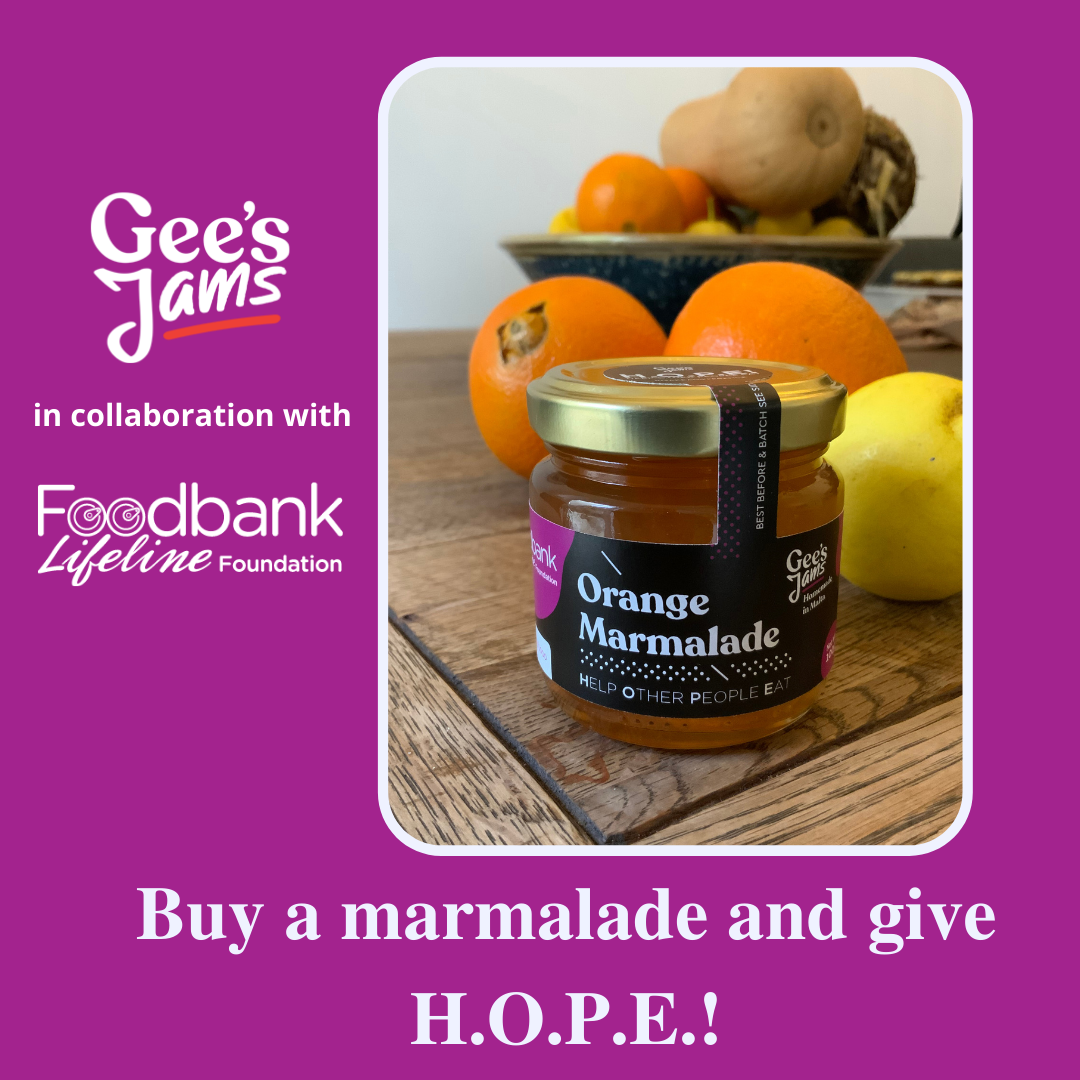 H.O.P.E. – This delicious limited edition homemade marmalade has been launched in collaboration with the Foodbank Lifeline Foundation. Gees Jams have pledged to donate half of the proceeds from the sale of this H.O.P.E. range as a donation towards a fundraising campaign to support this voluntary organisation.

Geesjams.com is the home of award-winning artisanal jams and marmalades, using freshest, local produce. All our preserves are seasonal in nature and currently brought to market in small quantities depending on the time of year and availability of ingredients. 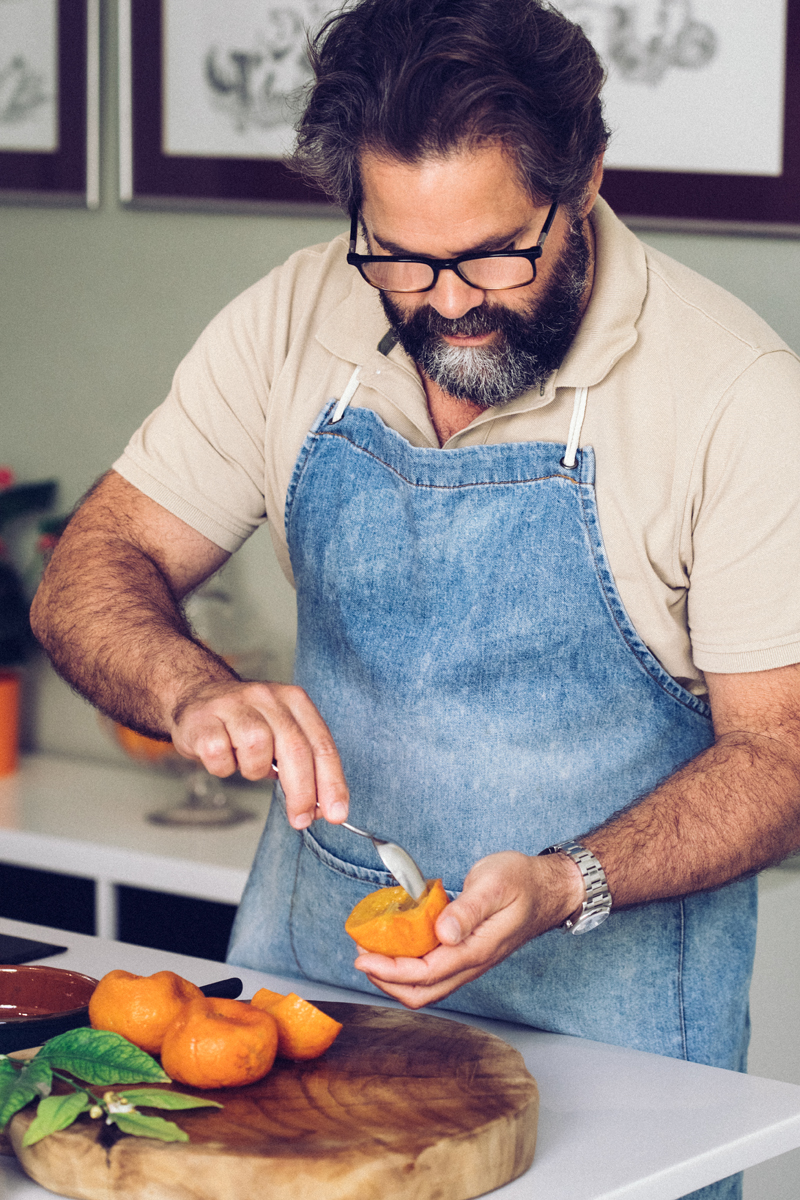 Gerald started making artisan jams and marmalades one winter when the citrus trees in the garden of his new home were heavy with fruit.  This glut combined with his professional interest in minimizing waste motivated him to adapt the concept of reduce, reuse, recycle in products to the concept of preservation in food – so that an abundance of fruit during the citrus season is preserved for use throughout the year rather than thrown out or left to rot on trees. His larder shelves became heavy with ‘liquid gold’ – the fabulous colours of various citrus preserves trapped within them, the fragrance of pollinated blossoms and the warmth of the Maltese sun.

To his utter delight, his Gin & Tonic Marmalade and his Seville Orange & Lemon Marmalade were recently awarded Gold and Silver at The World’s Original Marmalade Awards competition in the UK. Since those early days Gee’s Jams has received a total of 10 international awards from the http://www.dalemain.com/marmalade-awards/ for various products displayed in the shop section at https://geesjams.com/shop/ of the website geesjams.com.